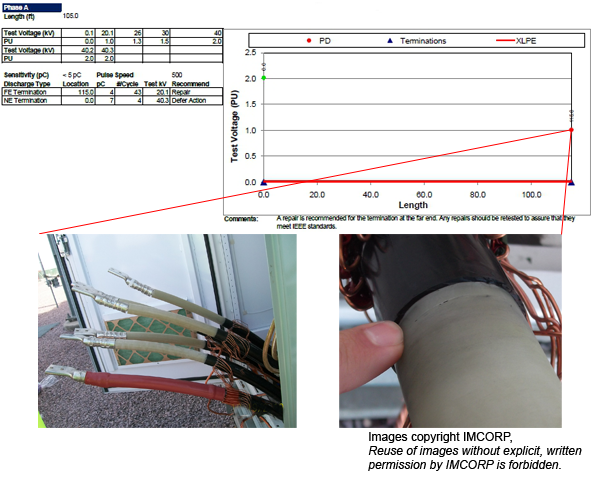 When the new terminations failed to fix the problem, the cables were inspected more thoroughly. This examination found that the cable was slightly 'out of round'. As a result of the cable being out of round, every time the terminations were replaced in an effort to fix the cable, the cable was actually damaged further. Cable tools and repair processes are designed to work on a cable that is perfectly round. If an out of round cable's outer insulation shield is stripped, the round radial cut pattern of the stripping tool will gouge the Tree Retardant XLPe material under the insulation shield leading to PD activity. Subsequently, the insulation cutback was redone and the feeder cables then passed the IMCORP Factory Grade® assessment.