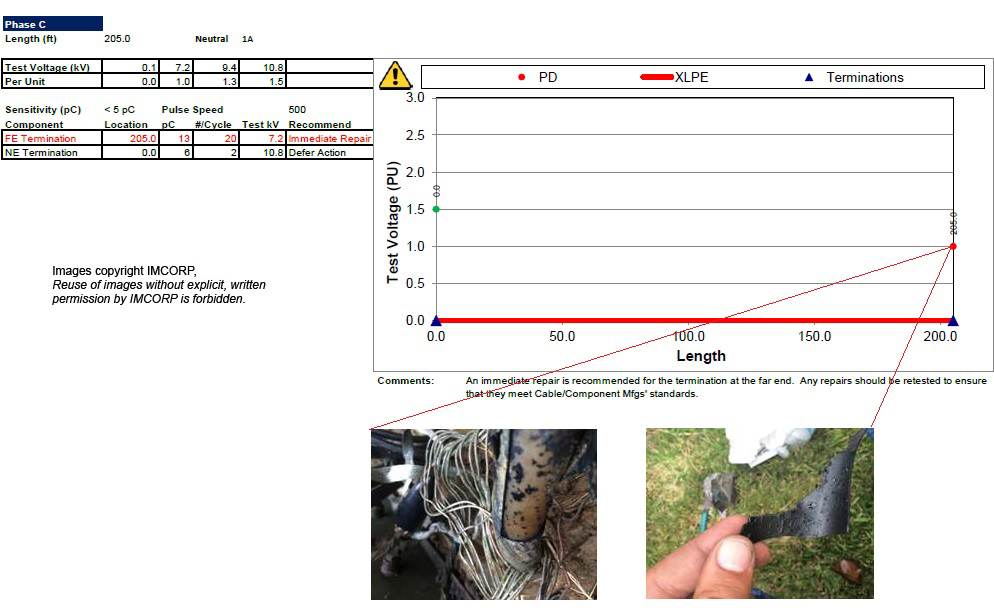 While performing a Factory Grade® assessment on a cable at a utility client in the southern part of the US, substandard partial discharge (PD) was observed near a termination. Upon visual inspection it was noted that the cable’s outer semicon material was damaged about 2 feet below an elbow type separable connector. The on-site crew tried to mitigate the PD by repairing the termination but found that the semicon material was flaking off (see picture below) preventing a proper semicon cutback. The likely root cause of this issue was the condition of the transformer bushings coupled with the heat of summer causing oil to leak onto the cable and severely degrade the semicon’s conductive properties. When semicon material loses its conductive properties the surface voltage increases which can give rise to an erosion process associated with PD and further material degradation. In order for the crew to mitigate the substandard PD which erodes the cable from the outside inward, the damaged cable needed to be cutoff and a new short section of cable installed.